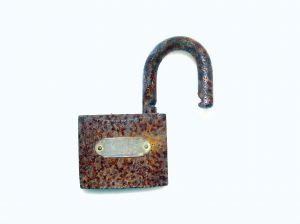 Locksmith scams have badly affected the locksmith industry in the last few years. Fraudsters posing as locksmiths are cheating on people in need of locksmith services. A customer locked out of his/her house, vehicle or office provides these fraudsters the best opportunity to elicit unreasonable high amounts of money as their fees. Also, they rip the customers off by not providing the satisfactory service and using terms for the parts of the locks to be changed which customers are not familiar with.

Not only the public is having a hard time due to these deceitful locksmiths but the legitimate locksmith companies are also suffering due to the same. By getting good listings on internet search media, the fraudsters are stealing business from licensed companies. They make false claims about charging unbelievably low fees and providing excellent services just to trap the unsuspecting victims and later on cheat on them and demand excessive charges. In the whole process, the licensed locksmith companies are losing their business badly to the unlicensed locksmiths who are alluring their customers away from them.

Baldino’s Lock & Key Service based in Virginia filed a federal RICO lawsuit against Google. It accuses Google of allowing hundreds of unlicensed locksmiths in Virginia advertise on its search engine which is dangerous for the legitimate locksmith companies as well as for the public.  The company sued Google, SuperMedia Sales, Yellowbook, Ziplocal LP and the unlicensed locksmiths who are practicing their services putting allegations of false advertising and racketeering.

The complainant company says that in spite of being well aware about the truth of these illegitimate locksmith companies, Google is still promoting them because it is getting high revenues from them. The complaint also puts forward that though there are just 150 licensed locksmiths in the State of Maryland, yet Google is publishing over 400 names including fraudulent locksmiths with superficial locations in Virginia.

The company further accuses Google of not only advertising illegitimate locksmiths in search engines but also allowing pictures, reviews, and map locations with pinpoints, trying to give an impression of legitimacy for illegal and fraudulent locksmiths. By doing this, Google is violating its own policy and guidelines as well.

The complaint adds that Google and other defendants as mentioned above are endangering the security and financial well-being of the public by abetting locksmith scams. Given the fact that locksmiths should have a license as they deal with security services, Google by promoting unlicensed locksmiths is doing an illegitimate job, says the complaint.

The unlicensed locksmiths are reaping huge benefits by getting good listings in Google and other ad directories and impinge on the market share of licensed locksmith companies. The complaint says that such ad listings violate federal racketeering laws. The company seeks compensatory and punitive damages which are yet to be determined by the court.

Another licensed locksmith company Sandy Springs filed a lawsuit in a Virginia Federal Court to sue Google for false advertising. This company also claims that by allowing fraudulent locksmiths advertise on its search engines, Google is jeopardizing the business of legitimate locksmiths.

Burt Kolker-Sandy Springs locksmith told Channel 2’s Mike Petchenik that he is dealing with the issue locally. However Kolker is not a part of the lawsuit.

Kolker told Petchenik that their business is having a tough time due to an increasing number of their customers rushing to them in panic just to know why they are being cheated and overcharged.

The situation further worsened when a customer lodged a police complaint claiming that someone belonging to Kolker’s company has ripped her off. Kolker accuses Google of publishing ads related to dishonest locksmiths and diverting business away from licensed locksmith companies.

Kolker further says that the fraudulent locksmiths in question are not actually locksmiths. They are ill-trained contractors working for a central office. To quote his words “They go through a central dispatch sometimes in New York, Florida, New Jersey, and they’re just dispatched to people who you can’t even contact again.”

In response to the lawsuit, Google put a blog post as: “We’ve allocated substantial technical, financial, and human resources to stopping bad advertising practices and protecting users on the web,” Mike Hochberg, director of ads engineering for Google wrote in the blog.  “Hundreds of our engineers, policy experts and others have dedicated their careers to this work.”

The licensed locksmith companies’ legal fight against Google, other search media and fraudulent locksmiths is giving positive results and very soon locksmiths industry will be hopefully purged of illegitimate locksmiths!

Best Way to Avoid Getting Swindled by a Fake Locksmith: Choose One Now

7 Tips to Avoid Getting Scammed by Fake Locksmiths